The combined impacts of the Vredefort and Manicouagan clusters taking place within an hour, probably minutes, would have caused worldwide devastation with immediate effects from the blast wave, base surge, earthquakes, tsunamis and vaporization of water and rock. The dust and ejecta would be four metres thick one thousand kilometres away from the impact (Marcus, Melosh & Collins 2018) and as the dust encircled the world, visibility would be limited (Alvarez & Asaro 1990) making the air unbreathable for most animals. Only those that lived underground like our modern day moles or laid eggs that were buried and hatched later, like reptiles, survived. Longer term effects would have included global distribution of ejecta, wildfires and darkness, acid rain and greenhouse effects.

It is believed that large impact events occur roughly every one hundred million years and other extinction events are also likely to have been caused by large impacts (Grieve 1990). The end of the Triassic period, at 214 Ma, saw the extinction of 80% of species for which no clear reason has yet been found (Taylor 2018). It has been proposed that the Manicouagan cluster of impacts could have caused this extinction but there is no clear proof that they would have been large enough.

It is only that the date of the Vredefort Structure is believed to be 2020 Ma that this event was not ever considered as a candidate. I propose that the Triassic–Jurassic Mass Extinction was a direct result of the Vredefort/Great Dyke Impacts combined with the Manicouagan impacts in 214 Ma. 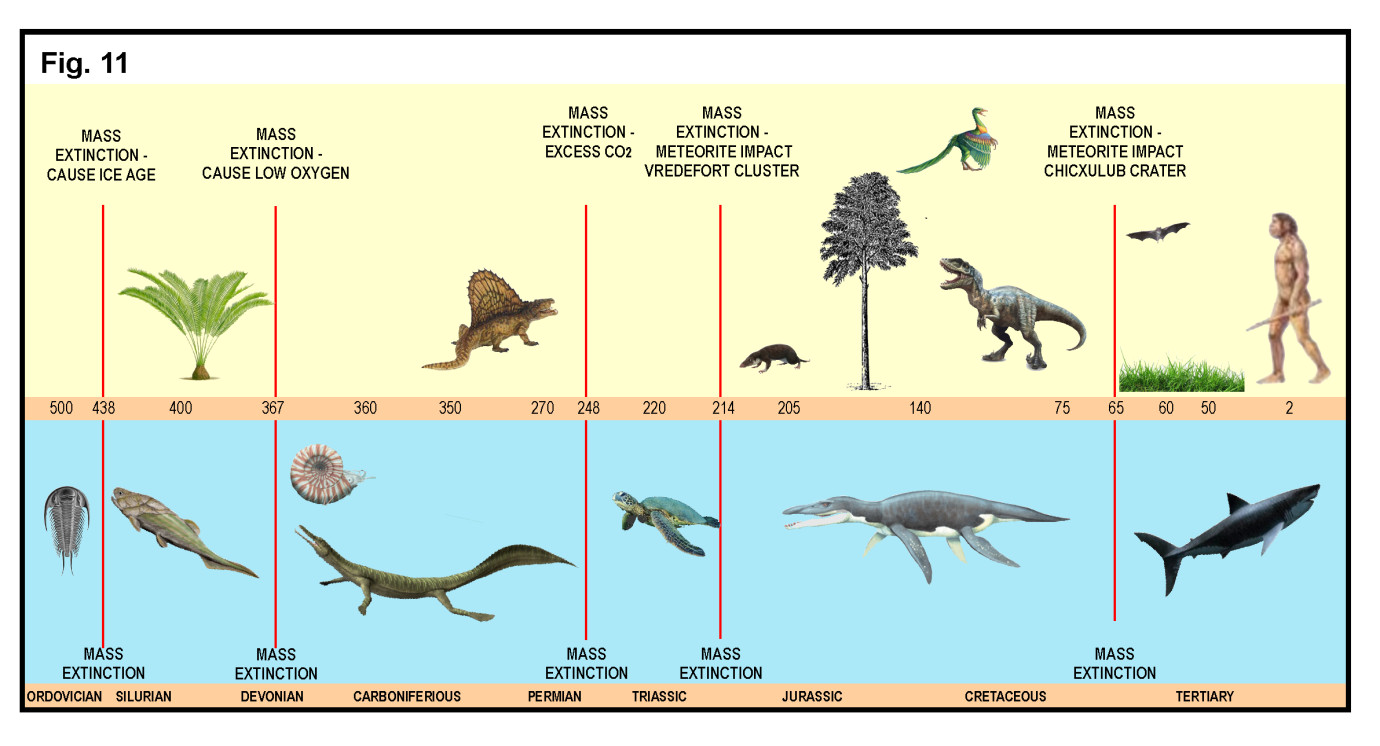