After the Vredefort Meteorites had left a huge, oval crater, three hundred and thirty by one hundred and sixty five kilometres in size and kilometres deep with the rebound cone in the middle, it became a deep lake with an island. This would look similar, but larger, than the Manicouagan Crater of today. In the now isolated valleys, between the crater impact ripples, lakes also formed.

As all these lakes silted up with inflowing rivers and streams, as well as air borne dust, their surface area became larger until they too reached a point where they became swamps with thick water loving plants. Not Glossopteris and Gangamopteris, as they had died out after creating the Natal Vryheid coalfields.

These large coalfields of the Free State cover most the area where the crater had been as well as the Highveld and Witbank Coalfields where the Ecca sediments had eroded into the crater leaving the Dwyka glacial debris exposed. In the Limpopo Province there were more large coalfields, the Springbok Flats in the Bushveld Complex as well as Ellisras (Waterberg) and Mopane (Soutpansberg) that occurred in the west-east valleys between the mountain ranges, the ripples north of the Vredefort Structure. These coalfields were laid down after the glaciation and Dwyka 288 Ma which would mean that the ripples are younger than this date. 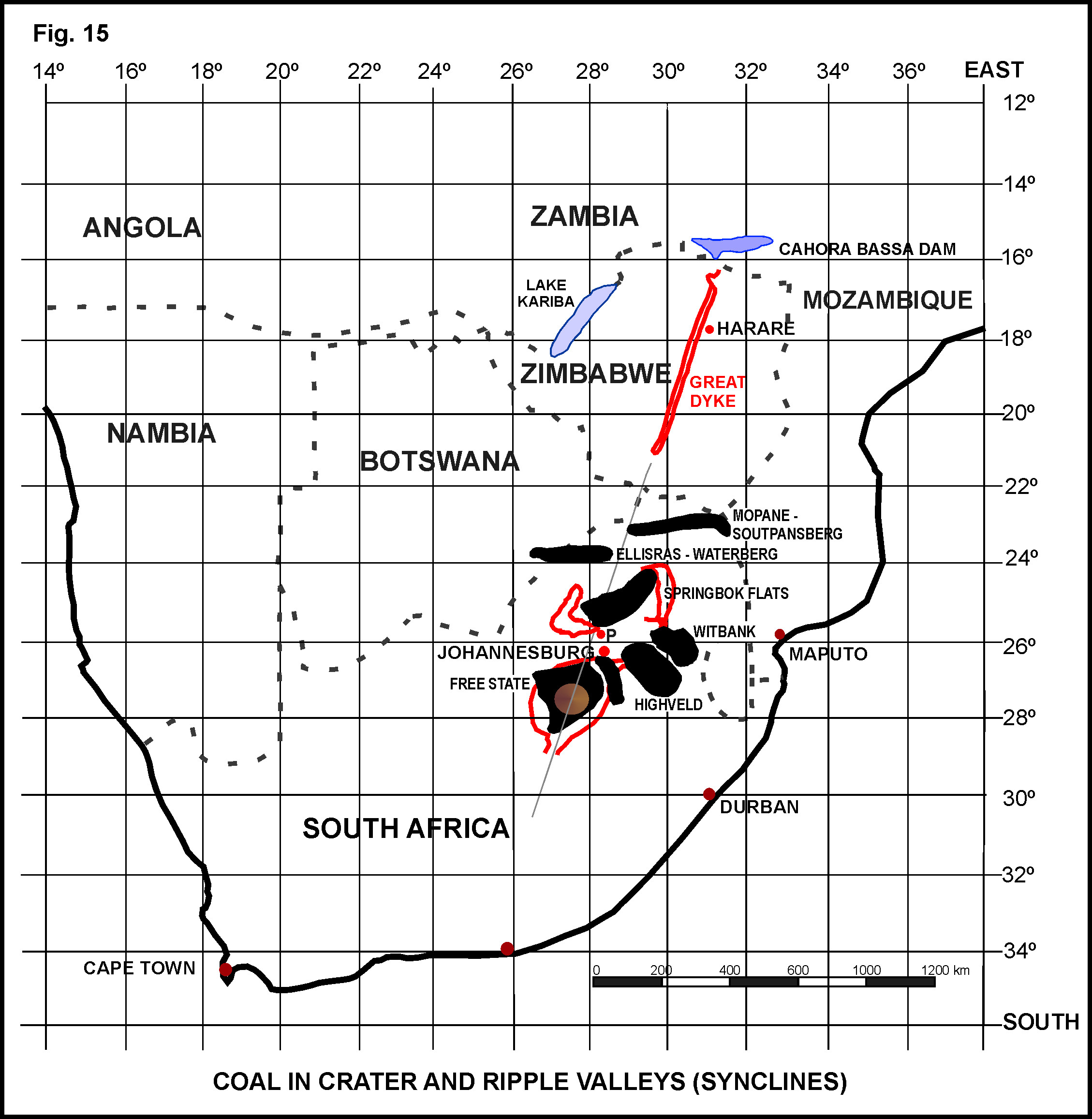