Before 1912, when Alfred Wegener, a German meteorologist, polar explorer and geophysicist, put forward his Continental Drift theory to the Geological Society in the Senckenberg Museum, few had ever thought that landmasses could move and most did not believe him (Wegner, 2012). One who did and helped with the proof was a South African geologist, Alex du Toit, who mapped the Gondwana Succession of glacial rubble, coal deposits and fossil plants to show that all the southern continents were joined about 200 Ma. Wegener died heroically on an expedition in Greenland in 1950. His theories only became accepted in the early 1960s when other proof, mainly based on ocean ridges and magnetic particles in rock, was presented (Hurley 1968).

As described previously, Gondwanaland amalgamated from 650-500 Ma and was then combined with Pangaea to be stable from 320 Ma until about 185 Ma at which time it started to break up and begin its slow drift apart (Veevers 2004). The centre of this expansion was southern Africa with South America heading west, Australia east, India north and Antarctica south to where they are today.

It would take an impact of such a magnitude as Vredefort to supply the energy to seed the growth of a mantle plume. This would begin the slow but sure upward doming and be the plate-driven mechanism resulting in volcanic eruptions, earthquakes and continental drift (Wyllie 1975) and the extrusion related to the breakup of Gondwana (Cox 1992).

The Karoo Large Igneous Province of southern Africa is closely associated with a huge mantle plume which also spread out as the Ferrar Province, under Antarctica, Australia, Tasmania and New Zealand, as well as the Chon Aike Province under Patagonia (Storey 2004). These igneous provinces formed shortly before the continental breakup of Gondwana and the Karoo Province has been clearly linked to a mantle plume (Storey, Leat & Ferris 2001). 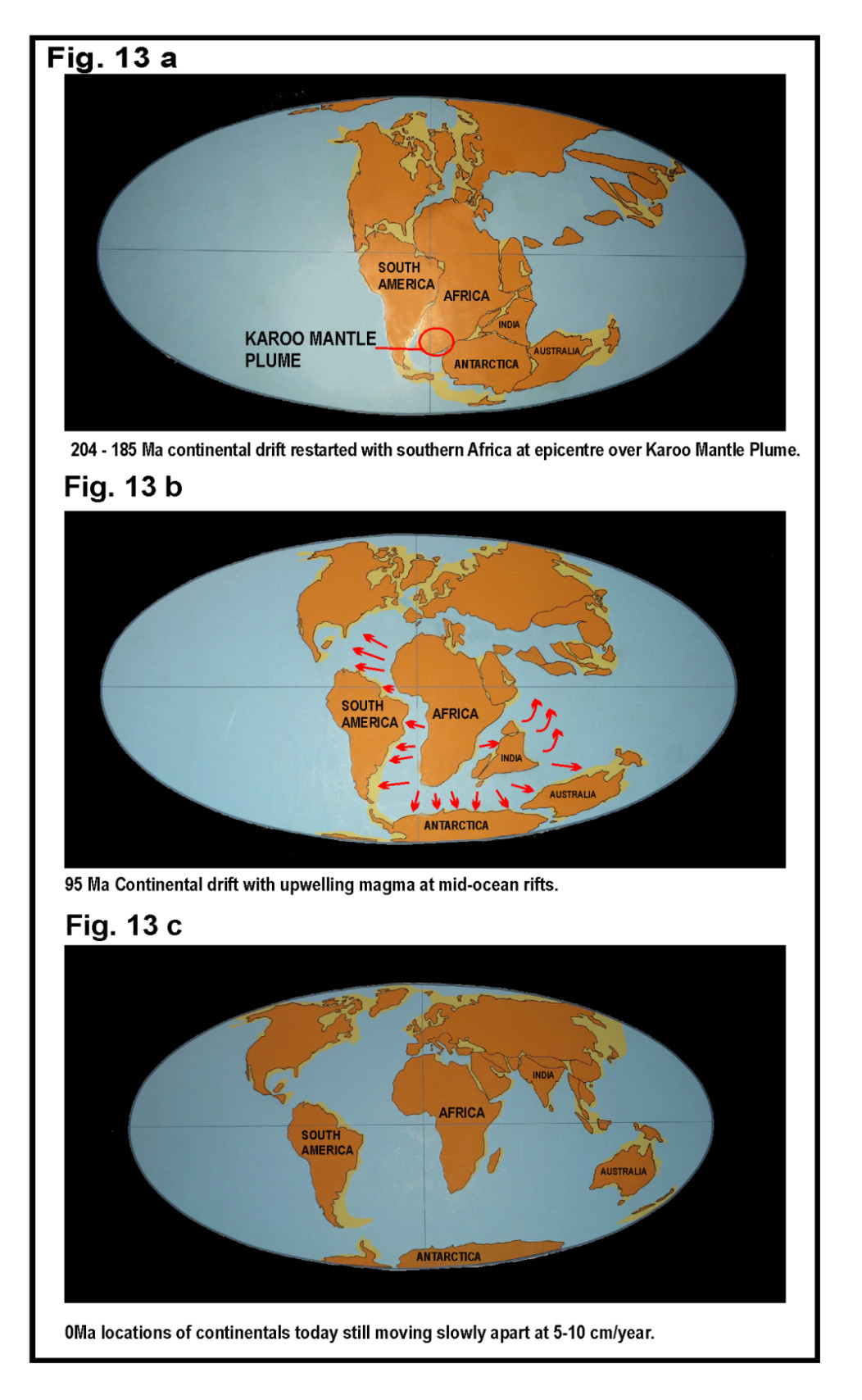