The Karoo Mantle Plume is an upwelling of very hot mantle material, with a stem, hundreds of kilometres across, and a radiating top under or through the Earth’s crust. These are up to 3000 kilometres in diameter (Segev 2002), originating from the core-mantle boundary 2900 km below the surface. There are only about twenty of these plumes around the world, mostly welling up as wide mid-ocean ridges (Wyllie 1975). The giant Karoo Mantle Plume first erupted on the northern extremity of South Africa along the Limpopo River 204-205 Ma (Allsop & Roddick 1984; Kent, Storey & Saunders 1992).

There was no known reason for this plume to rise under Gondwana, which had been part of a stable Pangaea for the previous 100 million years. I propose that the Vredefort Meteorite Impact of 214 Ma supplied the shock and heat energy to upset the equilibrium in the mantle below, giving the impetus for the plume to begin moving. Once started it became self-sustaining as the hotter mantle material that had been trapped below began to rise with convection currents. 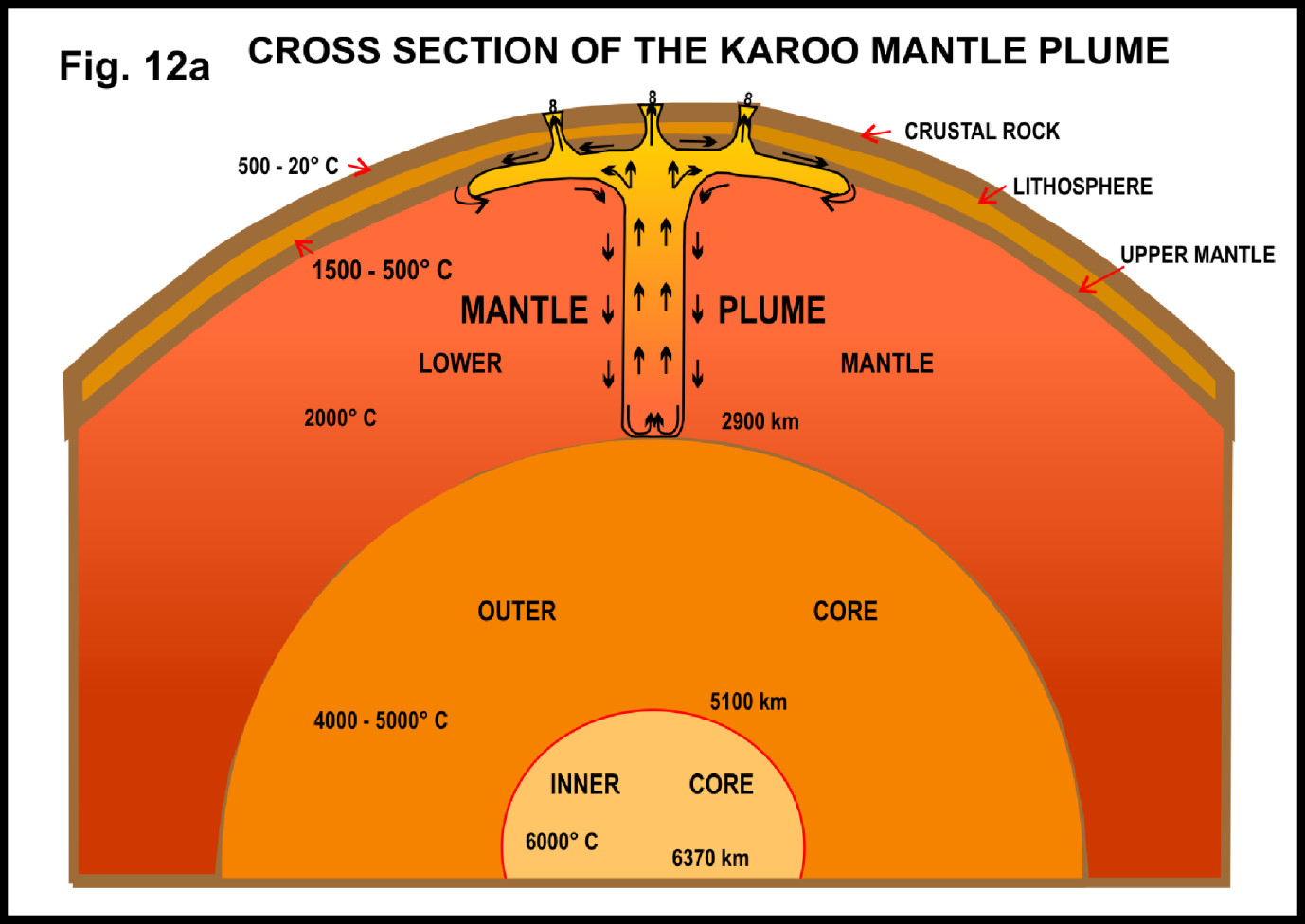